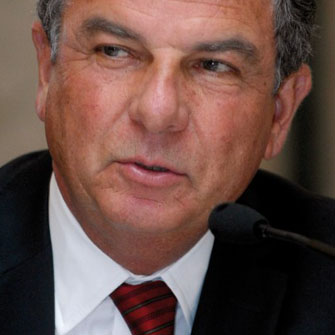 The CDE has its sights set on achieving new ambitions for developing Monaco’s economy, hence the decision after several months of strategic reflection with the Palace and Monaco Government to change its name and reorganise the structure around its two operational centres to more clearly reflect the role it plays in the Principality to the outside world.

Announced by HSH Prince Albert II in a speech delivered on the 10th anniversary of his accession to the throne, the new name takes effect from 15 September 2015.

- The main entity, the MONACO ECONOMIC BOARD, clarifies the organisation’s position as a business tool dedicated to member companies and Monaco’s dynamic economy. It reinforces its representative role by giving it a more modern statutory image in its dealings with international counterparts. The Board comprises members of the CDE’s current Steering Committee representing economic stakeholders across the spectrum in the Principality.

- Under the aegis of the main entity, the MONACO CHAMBER OF COMMERCE and MONACO INVEST have a functional role to play as two wholly separate agencies meeting different requirements that are more clearly defined by their names: the MONACO CHAMBER OF COMMERCE’s mission is to support companies in the Principality, without changing the status or mode of operation. The new name will facilitate its activities abroad where nearly all the organisations it deals with are Chambers of Commerce. The second agency, MONACO INVEST as its name suggests, has a mission to seek and support investors. Foreign business organisations wanting to set up in Monaco with the aim of developing binational investments will come under Monaco Invest.

Monaco features in all three names to make them easier to remember but also to capitalise on the Principality’s reputation. The decision to adopt anglicised names reflects its role in an international context where English is the most widely spoken language. It is also in line with other business tools implemented by the Government, such as the Welcome Office and Monaco Private Label.

For its Chairman Michel Dotta: “Since the CDE was set up in 1999 globalisation has generated intense competition between countries. Business centres are investing and innovating even more to set themselves apart and to attract investors and the best talent. The new name will not only help us to encourage more investors to come here but also create new opportunities to promote our activities in the Principality and abroad. It will give fresh impetus to our actions to promote Monaco as a place to do business and is part of the Monaco Government’s important ongoing efforts to boost the country’s attractiveness.”

The new logo for the MONACO ECONOMIC BOARD and its two agencies, MONACO CHAMBER OF COMMERCE and MONACO INVEST, will be unveiled mid-September.