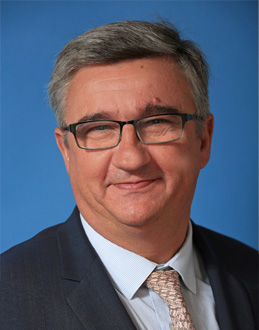 Marc Sallé de Chou came to Monaco in September to head Crédit du Nord Monaco after a long career in the Group. We asked him about his first impressions of the financial centre.

Can you describe your career to us?

What are your first impressions of Monaco?

Our Group is very well represented by Société Générale, Société Marseillaise de Crédit and  Crédit du Nord. We have strong ambitions in Monaco. Monaco is a beehive, you can feel the dynamism of the market and the growth of the economy. Employees work without counting their hours, they are motivated. I am positively amazed at the fluidity of relationships and trade, the bank is treated like a commercial partner, not a public service. It really is a very pleasant surprise!

But is competition from banks and financial establishments tough?

There is real competition between private banking and universal banking but their positioning  is different. Crédit du Nord has an intermediate position. We have a premium clientele of business people who also buy property and are aware of wealth management.
Monaco focuses specialist expertise on its small geographical area. Apart from fund management expertise, perhaps, which is not yet highly advanced but is being developed.
I believe we should see the development of multi-family offices, as well as wealth management consulting. Specialists in the legal and tax field can also expand their development in Monaco.

* The directive related to the financial instruments markets (Markets in Financial Instruments Directive, or MIFID), published in the Official Journal of the European Union on 30 April 2004, is one key element of the 2005-2010 Financial Services Action Plan launched by the European Commission. This particularly detailed text (with no less than 73 articles, accompanied by implementing measures) came into effect on 1 November 2007, although some transpositions into national law are still underway with the regulatory authorities of some Member States of EU.