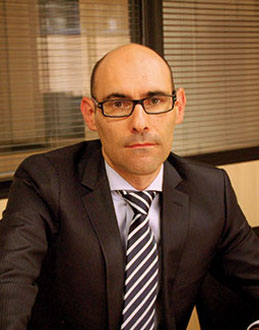 4.37 billion euros: according to the Monegasque Institute of Statistics and Economic Studies (IMSEE) this is what Monegasque Gross Domestic Product was in 2011. Lionel Galfré, director, specifies that the weighting of the financial and insurance sector has remained stable. Explanations...

I feel that the fact that the Principality's GDP is up by 6.6% is an encouraging positive sign for the Monegasque economy. This latter is really incorporated in those of the developed countries around it, and particularly those of the European Union. It is not therefore sheltered from its fluctuations. We had noted a slowdown, followed by a recovery in 2010, which was confirmed in 2011. We need to remain prudent: Monaco's economy is still subject to international variations. As Monaco is smaller, it is also more reactive.

The financial and insurance sector represents 16.5% of 2011 GDP. What does this figure mean?

Overall, the relative weighting of the economy's different sectors is quite stable. This level of the financial and insurance sector is also therefore rather traditional. It is a sector that is capable of falling in volume very quickly and which, on the other hand, can pick up very quickly in a favourable period, like Monegasque GDP. The trends seen in this sector are therefore highly symptomatic.

Is this relative weighting good news?

Yes. I do think that it's a strength for the Monegasque economy that there is no collapsing sector or, on the other hand, a sector which is crushing all others. Such a diversified economy is a gauge of good health.

You say that you have few figures in the financial sector. What would you say to those involved in this sector to reassure them about their figures?

That the creation of the IMSEE is reassuring in itself. In fact, it shows the will to give economic information to decision-makers and to play on transparency. Giving more indicators means that the decision-maker can make enlightened choices and make decisions based on the economic reality.

The Principality's revenue does not generally, however, take account of the financial sector. How would you explain this?

There is always a need to clarify this revenue using other data. Of course, it is an important indicator, but other data should also be added. As regards banks, we felt that revenue was not relevant data. It is therefore given for indication purposes, separately. We find it more interesting to reason in terms of net banking income - a figure which is not readily available. This is why we do not publish it.

What role are you giving to the IMSEE with those involved in the financial sector?

This Institute can be used by all those who need to be able to make forecasts, to give a true overview of the Monegasque economic reality.

Today, just over 80% of the Principality's economic operators respond to your GDP survey. Is this a good figure?

Yes. From experience, this rate is always good in Monaco: companies play the game. This means that our statistical studies are very reliable. The extrapolations we make on the missing part are even more reliable when the known part is greater. The extrapolation is two-fold, in fact. First of all we extrapolate internally and we also entrust the mission to the independent firm Mazars. After verification, we try to explain the differences, if any. For three years now our results have been very similar. Our procedures are working.