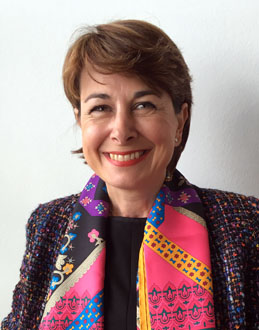 H.E Mrs Isabelle Berro-Amadei  is an accomplished jurist. She served as a judge in Monaco, then in 2006 was elected to the European Court of Human Rights, where she was President of Section from 2012 to 2015. The first Monegasque judge to take the bench in Strasbourg in the name of Monaco, she is now the Extraordinary and Plenipotentiary Ambassador of H.S.H. Prince Albert II of Monaco to Germany, Austria and Poland.

Is it not too difficult to leave the profession of Judge in a prestigious environment – the European Court of Human Rights – to become an Ambassador?

The years I spent as a Judge at the European Court of Human Rights were really fulfilling. Human rights are the foundations of all judges’ actions, they are implicit in all their rulings. Completing a legal career by devoting myself to the ‘greater Europe’ scale of the Council of Europe was an extraordinary and wonderful experience. Now I am in office in Berlin, and I find it very pleasant to evolve in an international environment again.
From Judge to Ambassador, the path is not so different.
I remember that at the ECHR, much diplomacy had to be used to explain to States the sometimes unpopular decisions which went against them!
More generally, I note that all the sensitive issues which trouble our societies today are also, for many aspects, discussed in multilateral fora and taken up in bilateral relations, just as they are subject to ECHR examination.
In my duties as Ambassador in Berlin I have also rediscovered a more personal aspect I appreciated at the Court -  the exchange of cultures and sharing of experiences, that human enrichment I can also have, particularly with my 160 Ambassador colleagues in office in Germany.

How do you work?

I am the Ambassador of Monaco to Germany, Austria and Poland and the international organisations in Vienna. This extended sphere of expertise causes me to determine priorities in my actions. For Germany, one of them was meeting the six Honorary Consuls of Monaco in their Land. Such field visits are always very useful for developing our contacts and considering possibilities for collaboration and trade between the two countries.
In Austria, this November I hope to stage an event to promote Monaco in general, in accordance with the Austrians’ expectations. We will present the various different advantages of Monaco - economic, financial, tourism and environmental.
In Poland, this year in Krakow I met the President of the Auschwitz-Birkenau Foundation, as Monaco is a member of its international committee.
For 2017, in collaboration with the Honorary Consul there, we are already considering the actions we wish to implement in the country.
It is difficult to be everywhere, but fortunately I am assisted by two highly skilled diplomats whose help is invaluable.

You live in Berlin. How is Monaco viewed in Germany?

An image fuelled by the usual stereotypes predominates - unfortunately Monaco is still synonymous with high prices, and often with a tax haven where a select few can go, or even live. However, those people who know Monaco well evoke other aspects: its quality of life, safety, quality healthcare, cosmopolitan and international character, and respect for the environment. Not to mention cultural excellence, since it is true that the Ballets and the Philharmonic Orchestra are extremely successful abroad.
I notice that perceptions change when people visit the country and become aware of its realities: those Germans who come to Monaco and discover it for what it is, are then our best ambassadors to their communities.
My role is to juxtapose good images on still-stubborn prejudices. The Prince’s commitment, in Monaco and internationally, to environmental protection helps me a lot: the Sovereign’s voice is indeed a voice which carries, and which has unique resonance on this issue to which the Germans and Austrians are very sensitive.

Regarding the perception of the financial centre, in my opinion some communication efforts are still needed but we are on the right track. In Germany for example, its image has much improved since the Sovereign Prince’s visit to Berlin in 2008, and our 2010 signature of the agreement to exchange tax information. The ongoing process to which Monaco has committed for an active transparency policy is a major argument for reassurance and trust building.
We need to continue stressing and explaining Monaco’s special advantages, which are linked to the country itself: it is important to assert our institutional stability, lack of debt and deficit, and the quality of the financial centre with its precise legislative and regulatory framework. We have many skilled professionals able to satisfy demanding customers, in many areas.
We absolutely must be seen as a serious, reliable and effective player.
We have know-how, and we should make that known to encourage foreigners to take more interest in the services our banks and management companies can offer.