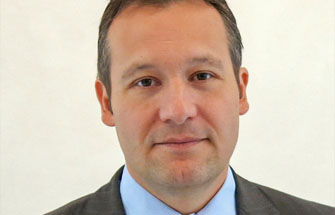 There is abundant literature about banks’ contribution to startups in MonacoTech’s sphere of influence, but the reverse is rarely true. And yet, the creation of a home-grown Monegasque incubator allows financial establishments on the market, particularly those that support companies and innovation, to establish close relations with a trusted intermediary between them and the innovative companies.

Financial partners have always been a little reluctant to back innovative projects, but to be fair, these projects do not always conform to the idyllic examples described below, allowing their creators to enter the real economy or financial markets (by going public).

For many projects, often owing to the isolation of the individuals behind them, this curve remains flat which does little to encourage banks to provide real support. That said, banks are aware that they need to support technological development and that conventional risk assessment methods are ill-suited for startups.

Financial establishments soon began looking for structures to help startups get up and running. To begin with, banks like Société Marseillaise de Crédit employed innovation officers who speak the same language as the startups. Incubators and expertise clusters began to form, such as TheCamp in Aix-en-Provence, and MonacoTech in Monaco, which soon became recognised by the banks as invaluable partners.

From an academic point of view and in terms of the industrial economy, incubators enjoy the ideal position between the market, companies, banks and the state. They establish an ecosystem in which startups can develop, not only the business side, but also the administrative aspects. Here, the heads of companies, industrials and startups can discuss with accounting experts, bankers and administration officers. In this way, MonacoTech can be seen both as an internal laboratory and a showcase for the outside world. But that’s not all.

Because above all, MonacoTech is a thorough selection of innovative projects made by its director, Fabrice Marquet and his teams, providing access to the local regulatory framework in order to develop business, and a place to meet with investors in Monaco. For banks, it is a type of reassurance, if not a guarantee against failure, but of reliability and the key factors to succeed.

MonacoTech will form the heart of the industry of the future in which a new economic fabric will develop based on healthcare and sustainable development. Alongside the traditional activity that makes the marketplace what it is, they will provide new markets and new prospects for banks, not to mention new revenue for the state.

The structure has a major contribution to make to banks as a catalyst for projects and driver for growth. But because the only genuine form of wealth is people, it is not implausible that in our new digital world, MonacoTech will mainly be a place where professionals come to meet to make a strong commitment to the economic development in Monaco.