For the Promotion of the Monaco Financial Centre

Number of banking and financial establishments, of asset management companies and Total of assets managed by the Monegasque Banking and...

A Monegasque delegation in Strasbourg for the MONEYVAL evaluation

SICCFIN honored by the EGMONT Group

Presentation of the results of the 2021 Market Place 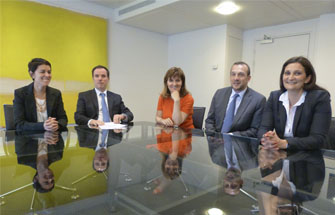 The function of compliance officer, which originated in the Anglo-Saxon financial world, quickly became an essential one in the 1980s when the first laws against money-laundering were voted in the USA and then in Europe.

When the Principality adopted Law n° 1.161 of 7 July 1993 instituting money-laundering as a misdemeanour it became necessary to appoint people with the appropriate skills and knowledge to ensure proper compliance with the legislation.

This was the original mission of the association, whose scope was then limited to the fight against money-laundering, in a context restricted almost exclusively to banking.

Following 11 September 2001, the definition of money-laundering was extended in 2002 to cover the financing of terrorism and criminal organizations, and several professions not concerned by the law of 1993 were henceforth subject to the obligation of vigilance. The aim of the association was therefore modified to allow all concerned to become members. Similarly, in line with international recommendations and the best practices of the financial sector, the association extended its missions so as to cover all problems of compliance, going beyond the sole question of the fight against money-laundering.

On this occasion many people working in the management and administration of foreign companies (CSP Company Services Providers), a profession newly involved under the terms of the law of 2002, joined the association.

Monaco's membership of the Council of Europe, which entailed the signing of several international agreements condemning money-laundering, terrorist financing and corruption, and the agreements with France preceding the introduction of the euro, led to the involvement of the Principality in several programmes for the evaluation of anti-money-laundering legislation. It was in this context that evaluators from Moneyval and Greco came to the Principality and met representatives of AMCO.

Subsequent Laws and Sovereign Orders relating to money-laundering and terrorist financing, the strengthening of the fight against corruption and, naturally, Law n° 1.362 of 3 August 2009 which substantially reformed Monegasque legislation, have all reinforced the missions of AMCO, which serves as an interface between its members and the authorities, in particular SICCFIN and the professional bodies (AMAF/AMPA).

AMCO brings together the compliance officers of the different professions subject to Law n° 1.362 of 3 August 2009, whose task is to ensure compliance with legislative, regulatory and ethical standards.

The main aim of the compliance function is to preserve the reputation of the company and consequently of the Monegasque financial market. AMCO acts as a force for proposal alongside all the operators in the market.

AMCO's ambition is also to foster dialogue and reflection among its members on all topics relating to problems stemming from the application of the various texts covering the fight against money-laundering, terrorist financing and corruption. It carefully monitors changes in the law so as to inform members in a timely manner and thereby contribute directly to compliance in all fields that concern them. It initiated informal meetings with the Control Commission for Personal Data (Commission de Contrôle des Informations Nominatives - CCIN) and organized an information meeting with this body so as to increase awareness among the different professions concerned by the questions of protection of personal data and the resulting obligations to declare computer processing of such data. The fight against money-laundering, terrorist financing and corruption in fact obliges certain professions to process large amounts of data likely to contain vast quantities of personal details relating to clients and/or third parties. This question is now one of the major topics on which the association works, alongside those concerning client identification, the liability of the compliance officer or the introduction of rules similar to the MiFID directive.

AMCO has almost 80 members who participate in various activities: think tanks, conferences and other events.

The association's web site, www.amco.mc, will shortly be upgraded to offer members better information on new texts or standards and encourage genuine interactive dialogue with them.

The AMCO Board is currently composed of 7 members representing the banking, management and CSP sectors.

The offices and brands of Société de Banque Monaco (SDBM) and Société Générale in Monaco will soon merge to create a new leading player from January 2023, as Nicolas FEIT,...

As both private and institutional investors increasingly seek to incorporate social and environmental criteria into their financial decisions, Impact Investing has grown considerably in recent years. At the end of...

2021: some ups and downs, but an excellent year nonetheless

2021 will be remembered for the turbulence caused by COVID-19 and the increased efforts to safeguard Monaco’s economy. How did the banking sector respond? We hear from Etienne FRANZI, President...

After COVID-19: the financial response 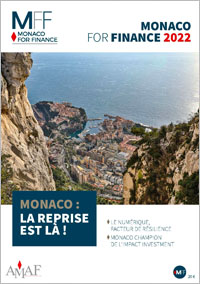 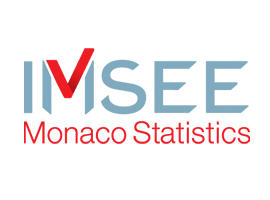