The independent investment group SILEX, an expert in asset allocation through its asset management activities and structured solutions, offers decarbonization of client portfolios. Interview with Andre Zilio, Managing Director of...

This morning, under the chairmanship of the Minister of State, Pierre Dartout, was held the 2nd meeting of the Coordination and Monitoring Committee of the national strategy to combat money...

The Financial Activities Supervisory Commission (CCAF) is responsible for oversight of the Monegasque financial industry. Magali Vercesi, Secretary-General of the CCAF, offers a quick rundown of 2020/21.

The Data Protection Authority of Monaco (CCIN) maintains a close relationship with the Monegasque Government and with the financial investigation unit, SICCFIN. We talked to Ms Agnès LEPAULMIER, Secretary-General of... 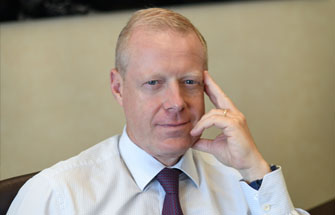 Hervé Ordioni, Managing Director of Banque Edmond de Rothschild in Monaco and Chairman of the "Promotion of the Monaco Financial Place" Commission of the Association Monégasque des Activités Financières (AMAF), takes stock of everything that the Principality of Monaco is actively doing to comply with European standards in the fight against money laundering and terrorist financing.

You are the Chairman of the AMAF's Commission for the Promotion of the Financial Sector. Can you define your role?

Promoting the financial sector at the AMAF means putting the pillars of the Principality’s attractiveness into perspective. Within the framework of this mission, our interlocutors are intermediaries, advisors and representatives of wealthy families. Generally speaking, we can consider them as influencers, in the sense that they may or may not direct the choice of these families to settle in the Principality. I tend to say that everything that can contribute to constantly improving the image of the Principality with these people, with a tireless pedagogy of what our realities and specificities are, must be encouraged collectively.

This is a collective approach, with the two co-legislators, the Government and the National Council, on the one hand, but also with all the representative bodies that collectively contribute their stone to the building of an active « reputation », responding point by point to the requirements of Moneyval in particular.

My mission is therefore to carry out communication and promotion actions, you will have understood, more in B to B as we say in our jargon. And when consultants and intermediaries draw up an overview of countries, they look at the fact that a financial Place is regulated to the level of international requirements.

Is this the case in Monaco ?

Yes, and its diligence in front of the normative evolutions and its legislative adaptations are recognized. The latest law n°1503 reinforcing the system to fight against money laundering, terrorist financing and corruption, illustrates once again this capacity to adapt. I am also pleased to note that our legislators have not been content to transpose one by one the directives of the European Union in this area, but that these are indeed legislative texts adapted to the uniqueness of Monaco, and that they respond perfectly to the requirements of image, reputation, and attractiveness, in accordance with European standards.

To be part of those countries that act in active conformity is a very important element for people who take up residence in Monaco. Indeed, it is essential that these people do not feel that they are being looked down upon. Because if we have to think in the promotion phase about the people we wish to attract to the Principality, we must also think about the legitimate demands of our recent or older residents.

For "high-profile" countries like Monaco, the reputational risk has become paramount?

The work on the country's image must mobilize the involvement of all its players. It is a long-term task. Yes, the reputational risk has become paramount, at a time of fakenews, all kinds of buzz on social networks, and the competitive struggle between certain places that polarize the attention of the most wealthy potential residents.

It is necessary to continue to twist the old clichés: there are about thirty banks in the Principality, all belonging to international networks. Contrary to certain persistent images, the banks have often been ahead of the game when it comes to updating and adapting legislation, since they had to adhere to the rules of the group to which they belong.

These large groups have obligations that flow naturally down to the Monegasque entities. For the more independent entities such as management companies, the fact that the legislation is evolving allows these companies to also comply.

In this world in search of Harmonization, the rules of "compliance" do not present a comparative advantage, but on the contrary they have become an indispensable marker, and we obviously differentiate ourselves by other aspects.

This is where the criteria of performance and specialization come into play, and the ability that our banking sector has been able to develop over the last few years, that of tailor-made support for clients in the Monegasque marketplace.

These performance and service criteria, which must integrate the concepts of impact finance and ESG/ISG criteria, combined with the remarkable compliance of the banking market, complete the DNA of Monaco's attractiveness, which is based on its traditional pillars of security, political stability, the excellence of its healthcare offer, that of its education system, and its climate, not forgetting the proximity of the main international air transport network infrastructures. Added to this is the strategic issue of digital transition, which is beneficial to all, and at the heart of government projects. Monaco's digital transformation is being implemented with a clear ambition to be competitive and attractive, and is accompanied by all the necessary measures to ensure the security of data, as well as the security of goods and people.

Monaco has long since adopted best practices. Our end investors and their advisors have understood this. It is up to our collective approach, that of our sector, that of the State and its authorities, to constantly consolidate them, thanks to the work of each and everyone.