The financial sector in the digital age

On Thursday July 7th, the Association Monégasque des Activités Financières (AMAF), in partnership with the Délégation Interministérielle chargé de la Transition Numérique, organized a breakfast at the Novotel on the...

As an independent management company working in full transparency, it remains impartial in the advice it provides to its clients. Its founders define themselves as "Alpha Seekers", always in search...

Sophie Gest is the first female President of ACI "The Financial Market Association" in Monaco. Since 1992, this association has encouraged the development of professional and friendly links between the...

In 2014, four financial industry experts determined to disrupt the structured investment market founded PRIVATAM and an exclusive digital platform for structured products. We meet Stanislas PERROMAT, co-founder of the... 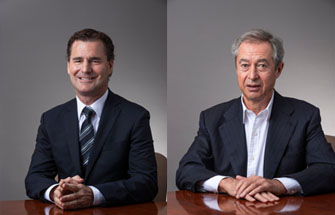 On November 15th, 2021, Monaco Asset Management has signed an agreement with Chenton SA, a Swiss wealth management company based in Nyon, by which, over a period of 4 years, both companies will be operating jointly.

With respect to Chenton SA, Alexander Jurgens noted, “Chenton’s integrity and focus on European clients have been its success for more than 20 years. Joining forces with the MAM team will broaden our investment capabilities and will further strengthen our mutual businesses.”

Gian Luca Braggiotti, Chairman of the Board of MAM added, “For more than 20 years, MAM has been a reference in Monaco for Wealth Management thanks to its competences and ethics.
With the participation in Chenton SA, we have become a visible European player.”

Since 1999, MAM is an independent wealth management company for private and institutional clients. Specializing on discretionary and advisory management, MAM is fully independent and free from conflicts of interest. MAM is the benchmark in the Monegasque financial sector.

Since 2000, Chenton manages portfolios European UHNWI clients on a discretionary basis. Chenton is known for its conservative investment approach. It is an important player in the Swiss community of independent asset managers.